3D Printers – The Next Disruptive Technology

Most of us have heard of 3D printers by now, even if we’ve never actually seen one. We generally have a basic idea that there is a machine that can make things, much like a printer reproduces ink images on paper, but with dimensions. Even though we might basically know what a 3D printer is, the extent to which this technology might be disruptive is more obscure.

Before we all panic and get our torches and pitchforks out to skewer Frankenstein’s monster, let’s remember that all of the great innovations in history have been disruptive at first. Democracy disrupted monarchy. The car disrupted horse breeders. Email disrupted the postal service and the envelope manufacturers. Economies get disrupted by innovation and that’s how they advance. Few people are crying that Edison put lantern makers out of business.

So what is this disruptive technology? A 3D printer does not merely produce a replica of a thing, but can produce an actual thing. And these things range from houses to body parts to buttons and everything inbetween. At first I didn’t see this as a disruptive device, merely a Play-Doh Playstation on steroids. Neat.

So why is 3D printing disruptive and not merely a fancy new way to create things? Let’s looks at the long arch of manufacturing history. 100,000 years ago the coolest and most disruptive method of manufacturing was scraping things. Our ancestors scraped one rock against another until it was sharp enough to be used as a tool or weapon. After centuries of scraping, the tools developed enough to actually carve. This new and amazing method of manufacturing continued until they were able to begin molding things with primitive potter’s wheels and then fire them. This led to forging, where they were able to heat metal and create unprecedentedly effective tools and weapons. This led to innovations in heat and metallurgy that led to casting, where we could create a mold and pour metal into it, creating reproducible production. Game changer! This led to stamping things, where machines were involved and powerful enough to stamp out metal objects, like keys. This step led to injection molding and the rise of many modern innovations, leading to machining, where we could manufacture more precision tools. Because of this, we were able to create cars, airplanes and spacecraft. Now, with 3D printing, we have the collective history of manufacturing as well as delivery at our fingertips, and potentially in our homes, for a few hundred dollars. That changes everything.

So, what is a 3D printer and what can it do? 3D printing is an additive method of manufacturing, as opposed to a subtractive method like sculpting. It uses blueprints from digital files or scans a three dimensional object, uploads the image to a digital file, and then it can render that image layer by layer. The printer uses resins or liquified materials that can be molded into the necessary shapes, then hardened to form the printed structure. 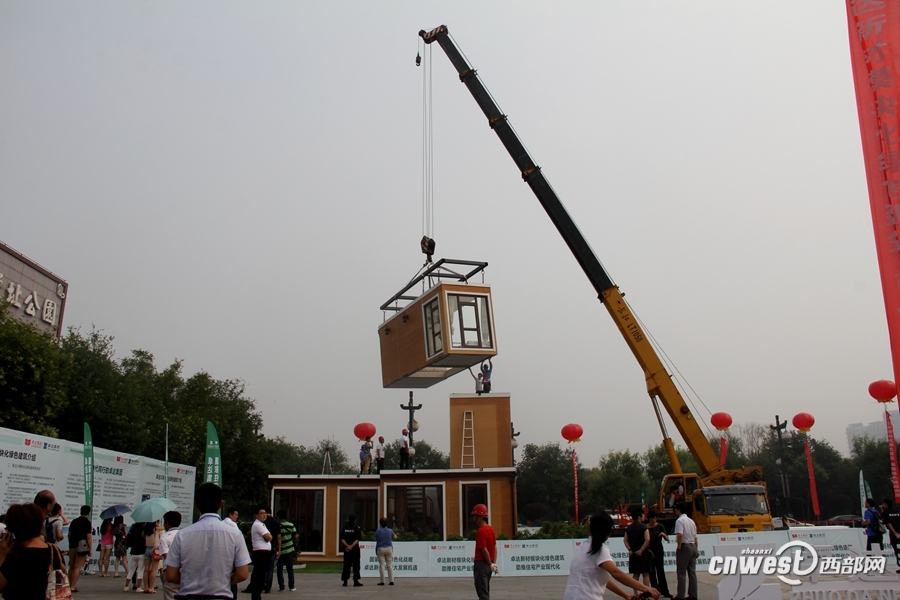 What can be 3D printed? Essentially, whatever is a 3D object. There is a Chinese company that is 3D printing houses. Apparently they can scale the components and assemble them to meet various needs. They can even create custom homes with the use of special blueprints. Because the software creates the parts, there is no need to standardize sizes and shapes. Each house can be uniquely constructed to order or they can mass produce parts. And with this method they can produce 10 houses per day. This is particularly relevant as China becomes ever more populous. Because this method is so efficient and requires so little labor, a house can be made for about $5000. They are also made from recycled material and there is very little waste. Even though this process will have a dramatically positive effect on housing, there is a problem. Obviously, this process will have a disruptive effect on the construction industry. Instead of throngs of workers laying concrete, framing walls, building trusses and roofing, a giant printer spits out all of the parts that are simply assembled with cranes in a matter of hours.

Now imagine something less complicated than a house, like a button. It’s hard to imagine that 3D printing a button could be as disruptive as printing houses. But think of it like this: you lose a button. Instead of going to the button store to replace the button on your favorite shirt, you simply find the button’s PDF online and print yourself a new one. Okay, great. You printed a button, so what? How is this disruptive?

In order for an industry like button making to survive, they must have enough demand to justify mass production. So a factory somewhere stamps out buttons of various sizes and colors. In this factory there are many employees: production workers, engineers, accountants, executives, packaging and shipping departments, sales consultants, and marketers. And every one of these jobs will become irrelevant if you can simply go to your computer and print out the exact button you need. This doesn’t simply apply to the manufacturer of the buttons. Retailers like Amazon and Wal-Mart who can provide buttons at economies of scale for the cheapest prices become unnecessary middlemen.

If you can print a button and a house, then you can print a lot of things that we currently buy. Obvious things like toys come to mind, but that’s much simpler than what’s possible. 3D printers can produce furniture, musical instruments, appliances, car parts (whole cars really), dishes, bed frames, ladders, tools, 3D ultrasound images, fishing poles, shoes, sports equipment, food, prosthetic devices and more than we can even currently imagine and all customized to your specific size and preferences. Because inventory of merchandise would no longer be required, enormous companies like Wal-Mart and Amazon will become less necessary. If you need something, print it. Going to Wal-Mart or waiting for an Amazon delivery will become much less necessary. 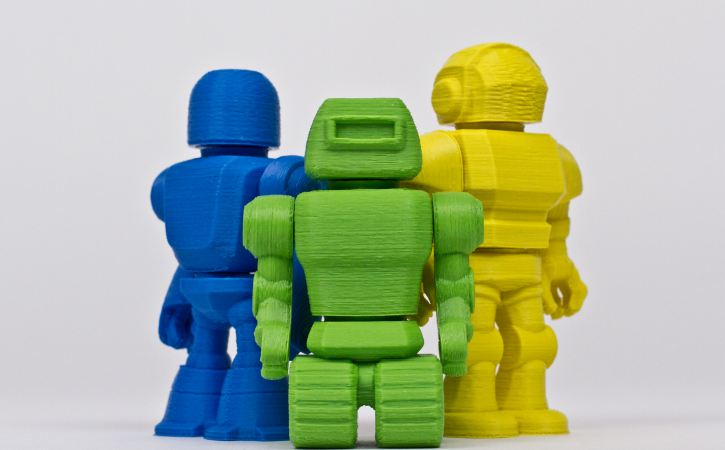 Additionally, we tend to pay extra for specialty items that are not mass produced. This is no longer the case. The raw material and digital information required to make a precision device is the same as a common item. Therefore, there is no longer a price premium on specialty products. This increases access to the best products. For example, the difference between a low cost bicycle wheel and special one can be hundreds of dollars. If you can print to spec, there is no reason not to have the better one. It probably costs the same.

The implications are not limited to consumer goods, either. Currently the technology exists to print seemingly unimaginable things like rocket parts in space. Technology is accelerating medical advancements which include 3D printing of prosthetic devices and human organs. Did I just write ‘human organs’? Yes I did. There is a technology called bio-printing, where cells from organ tissues can be printed onto bio-film and reproduce organs such as kidneys.

This allows organs to not only be produced on demand, but by the very cells of the patient receiving the organ, insuring a blood type and tissue match. By bio-printing our own organs we not only create better conditions for success, we reduce or eliminate the need for donors. Many people currently die waiting for compatible organ donors. This phenomenon can be completely reversed by becoming our own donors.

Apparently bio-printing is getting close to creating all kinds of human tissue. Each organ and area has it’s own challenges, but they are being overcome. So soon, we will be able to replace eyes, ears, bones etc. This become important for trauma victims who need reconstructive surgery. We can actually use our own cells and DNA to create perfect matches.

Perhaps a more obvious, yet still amazing application has been 3D printed prosthetics. Not only does this create a more efficient process of production, but the devices can be better fitted for the specified person. Currently, a prosthetic is given a general size, much like a communist shoe size. But when the device is printed to order, there is no reason to not make it a perfect fit. Additionally, these devices have historically been expensive. By controlling the process at the point of need, the cost is simply the cost of the resins used to create the part.

Now let’s take the technology further. Imagine you are an astronaut, floating out in space, expanding the horizon of human experience. In order to prepare for this trip, the ship is weighed down with many spare parts in the event of a malfunction. What if, instead of bringing along a whole host of parts, the spacecraft brought a replicator (3D printer) and printed out spare parts as needed? And then, once safely landed on the target planet, the 3D printer were able to produce the structure where you would reside. This has amazing potential for streamlining and improving space possibilities. Additionally, the 3D printers can print food, which could solve some obvious space cuisine issues.

The implications of becoming your own, self-contained manufacturing hub are enormous. What we’re seeing now is just the tip of the iceberg. This will not happen without some consequences, but nothing on our evolutionary path ever has.